The Yarmouth Boys laced ‘em up for another battle on Saturday (2/8) in front of a home crowd at Travis Roy Arena. This time they were visited by the Edward Little Red Eddies, another strong Class A division team. Yarmouth’s bench was back at full strength for the first time in a month, as brothers, Aiden and Camden Miller were no longer on the injury list. It would take another team effort to try and keep up with the Red Eddies. 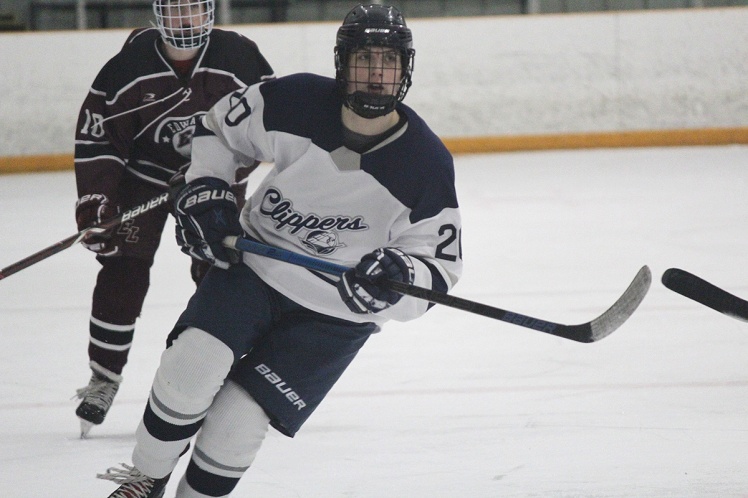 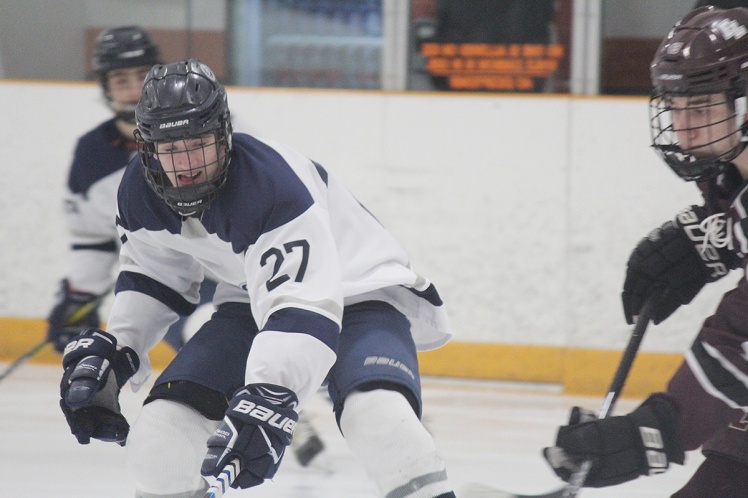 The Clippers spent most of the first period adjusting to the speed and size of their opponent. A few mental breakdowns allowed Edward Little to have their way in the offense zone, but Charles Henry Watson did his best to deflect the attempts on net. Yarmouth hustled to get their chances, but came up short on quality shots. The score remained 0-0 after 15 minutes with the Red Eddies outshooting the Clippers 8 to 5. 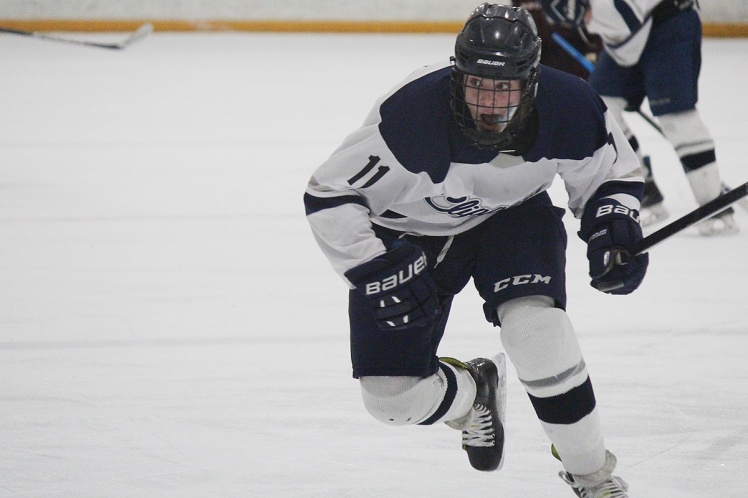 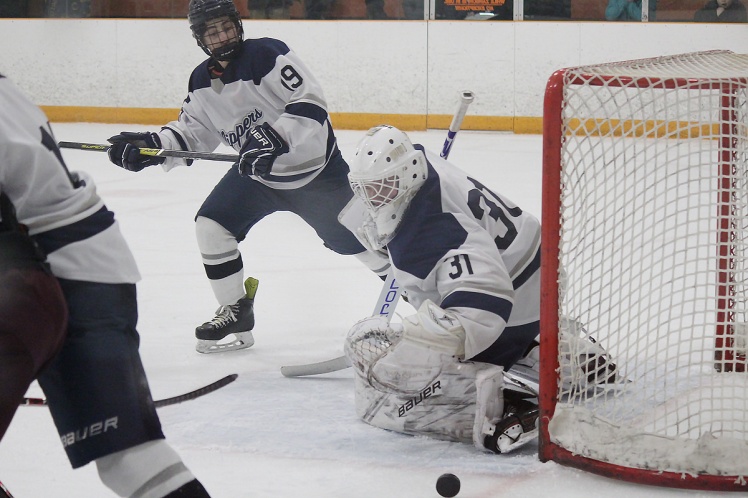 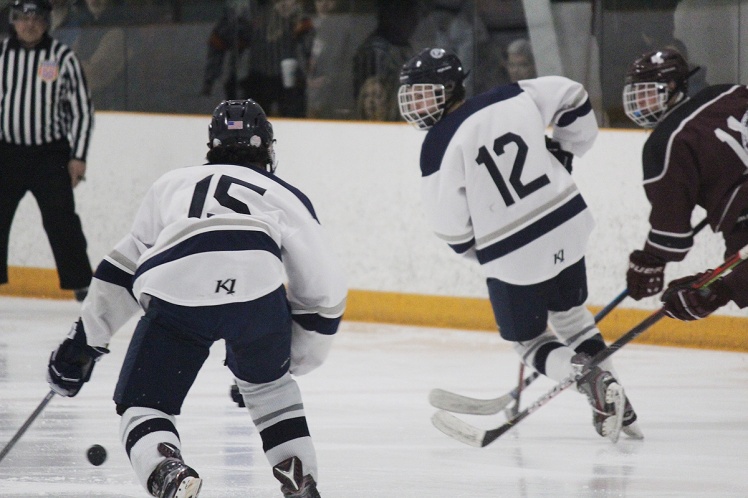 The 2nd period had the Red Eddies scoring first and putting the pressure on Yarmouth to not let the game get away from them. Another goal by Edward Little, minutes later, made it 2-0. Although Yarmouth was keeping up with the physicality and tempo of the play, they were falling behind in their offensive prowess. The Red Eddies, once again, outshot the Clippers in the period. This time, 12 to 6. 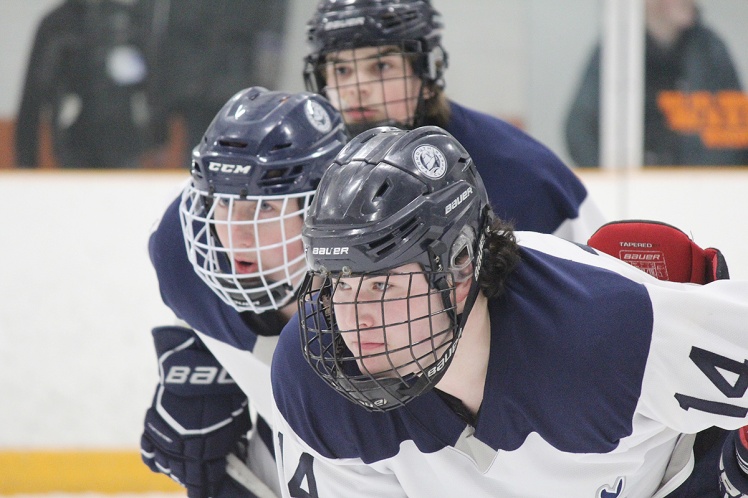 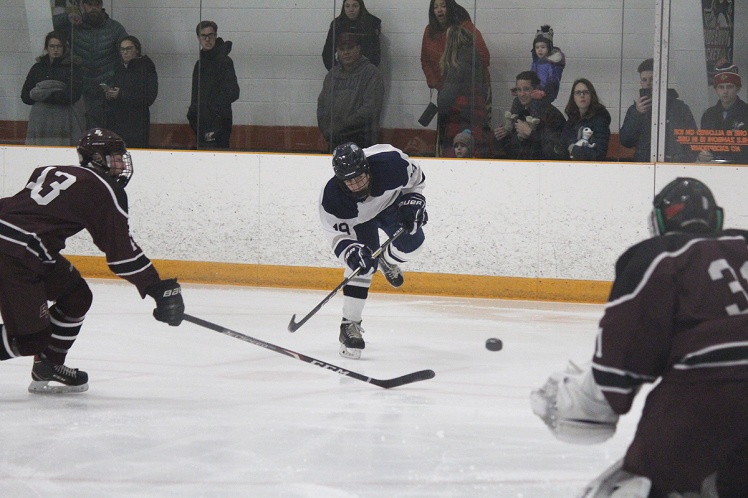 In the Third, Yarmouth finally got the chances they needed to put the puck past the Edward Little goaltender. Good offensive pressure in front of the net allowed senior Will Giese just enough time and space to smash the puck through. Sophomore, Isaac Grondin, was awarded the assist on the play. The score was 2-1 and the game was close again. With continued pressure, the Clippers did their best to try and even the score. A late minute penalty put the boys in white down a man and at the disadvantage. Thirty seconds later, Edward Little was sent to the box on an infraction and it was now 4 on 4 with little time left to play. With Watson pulled in the final minute, Yarmouth found themselves knocking on the door of tying things up, but the Clippers could not capitalize on their late effort heroics. The game ended 2-1. Shots on goal for the game were Yarmouth 17, Edward Little 32. Another tough lost for Yarmouth against another tough team. 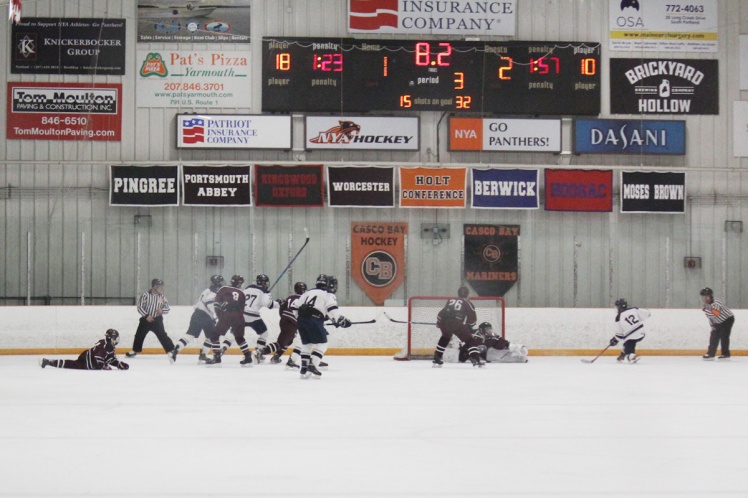 Yarmouth will try to break out of the loss column and vie for that elusive “W” on Monday night at 7pm at the Cross Insurance Arena in Portland when they play Cape Elizabeth.