The Lady Clippers took to the ice Wednesday night (1/15) vs. York. The Last meeting didn’t go well losing 4-1 at York. Coming home for revenge was on the girls mind all week prior to this one. With 45 seconds left in the first period York struck first with a power play goal. First period shots even at 5 a piece.

In the Second the Clippers kept up the intensity controlling the flow of the game most of the period. With 4:10 left in the second Emma Moll swings the net and finds Hannah Swift in the slot and she slides one under the goalie game tied 1-1. Less than a minute later, on next shift, Katie Hughes is working the puck behind the net and slides one off the goalie’s pad into the goal. 2-1 Clippers!

Going into the 3rd the Clippers new they had to protect the lead and wanted an insurance goal to play more comfortable. At 10:51 they get on the board again, Sadie Carnes finds the back of the net with assists from Moll and Swift. 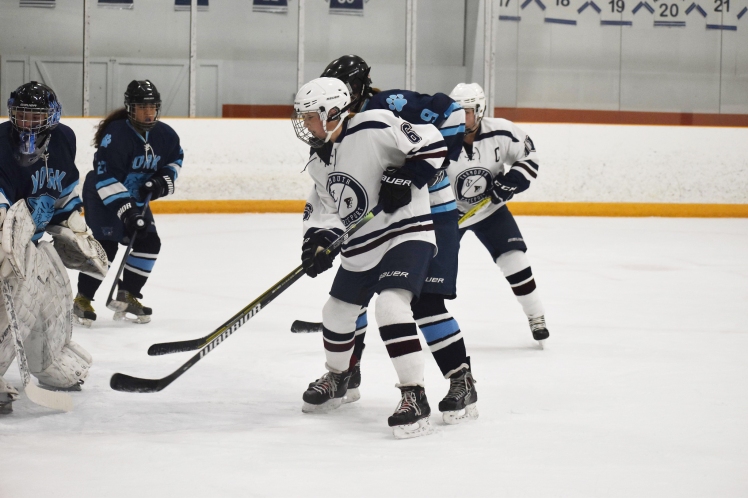