Saturday night, the Yarmouth Clippers played a tough opponent as the Class A Falmouth Yachtsmen came to town. Yarmouth was hoping to repeat their performance from last year when they beat Falmouth for the first time in a long time.

A quick, even-strength goal from the Yachstmen in the opening minutes set the pace for the rest of the game as Falmouth swarmed the zone with clean passes and well executed plays. A power-play goal from Falmouth later in the period put the Clippers down 2-0. Yarmouth continued to play strong throughout the match, but were unable to capitalize on any chances. Scoring opportunities for Yarmouth were minimal as quality shots were hard to come by.

Yarmouth goaltender, Charles Henry Watson did his best to keep the Clippers in it, but the offense wasn’t there that evening for the boys in white and blue. Another power play goal for Falmouth in the second period put Yarmouth down 3-0 and there it stayed for the night. 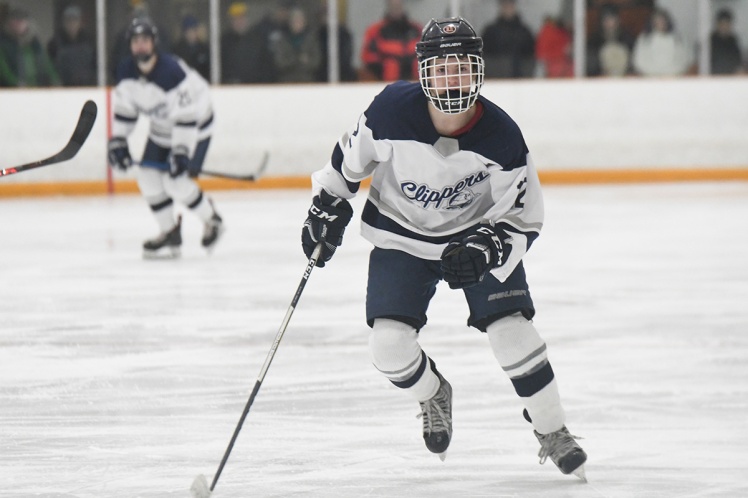 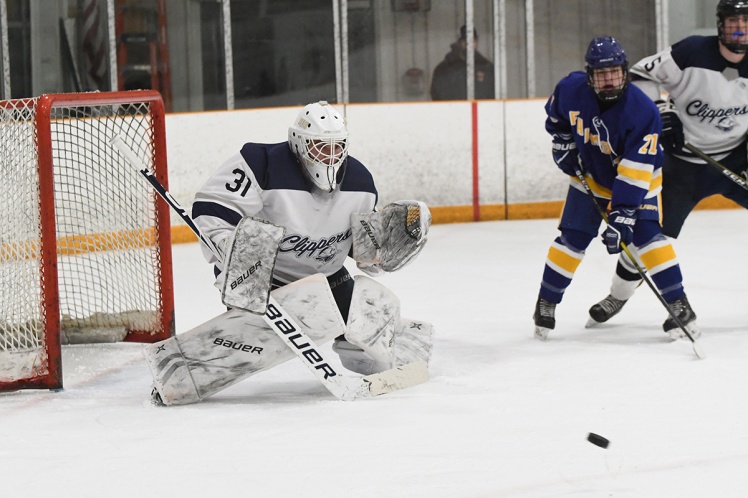 Watson continued to be strong between the pipes saving 24 of 27 shots. Yarmouth’s shots on goal were only 18.

Yarmouth next plays Leavitt/Gray-NG/Oak Hill/Poland on January 8th in Auburn.