As a new twist for celebrating the holidays, the boys hockey program (for the first time) participated in the 7th Annual Holiday Hockey Classic Tournament at the University of Southern Maine Gorham Campus December 27th and 28th, 2019.

Yarmouth Clippers played three games; one game on Friday December 27th against Tewksbury High School of Tewksbury, Massachusetts; and two games on Saturday starting with playing the Brookfield-Bethel-Danbury (BBD) Hockey team of Connecticut and then later in the day played the Guilford High School Hockey Team of Gilford, Connecticut.  The boys record in the tournament was 2 and 1, losing to Tewksbury 0-4 but prevailing in wins against BBD Hockey 3-1 and also 3-1 against Guildford High School. 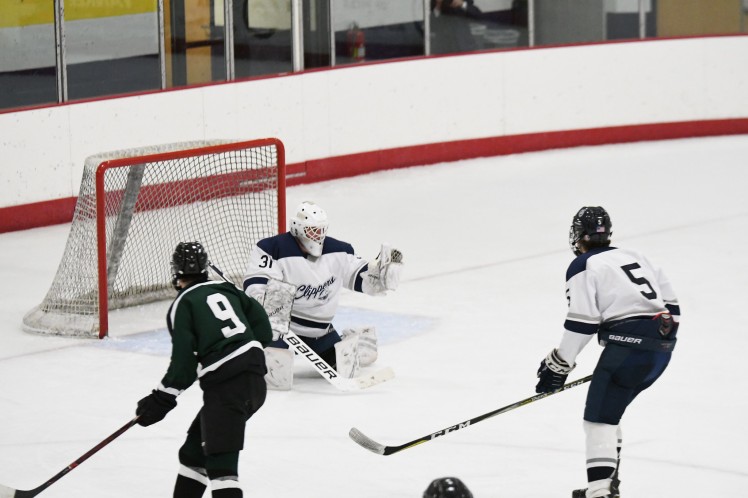 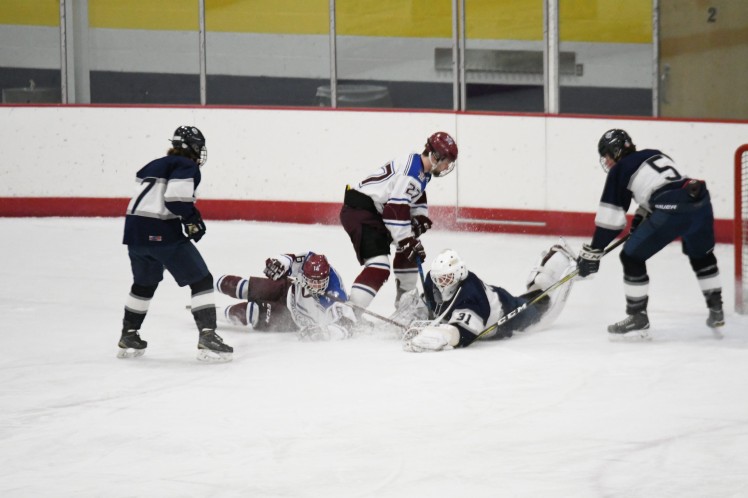 The team from Tewksbury was a highly skilled and challenging opponent for the Clippers being one of the top high school programs in Massachusetts. The Clippers were not ready for the challenge in the first period going down quickly in the negative 3-0 and although playing much better in the 2nd and 3rd periods, never could recover from the first period lapse and put points on the board.  Thankfully, it appeared the Tewksbury game propelled the boys to play better the next day!

Versus BBD, Jack Buthy (No. 8) lead the scoring for the Clippers getting a tip in goal in the first period which was followed by a goal in the second period by Matt Robichaud with assists from Isaac Grondin  (No. 7 ) and Oliver Prinn (No. 11).  Late in the second period BBD make it close with a power play goal with less than 2 minutes to go in the period.  Momentum returned to Yarmouth’s side in the 3rd period when Simon Algara (No.15) scored with about 8 minutes to go in the game assisted by (No. 19) Truman Peters.  The final score was Yarmouth Clippers 3, BBD 1.

After the 11AM game the boys had time to rest and prepare for a 5Pm game vs. Gilford, CT.  The Gilford game had a feel from the beginning it was going to be a tight one.  Isaac Grondin (No. 7) scored unassisted with about 9 minutes left in the 1st period to give the Clippers an early lead, but soon Gilford returned the favor to tie the game about 3 minutes later.  The game remained tight with no scoring through the 2nd and half of the 3rd period. 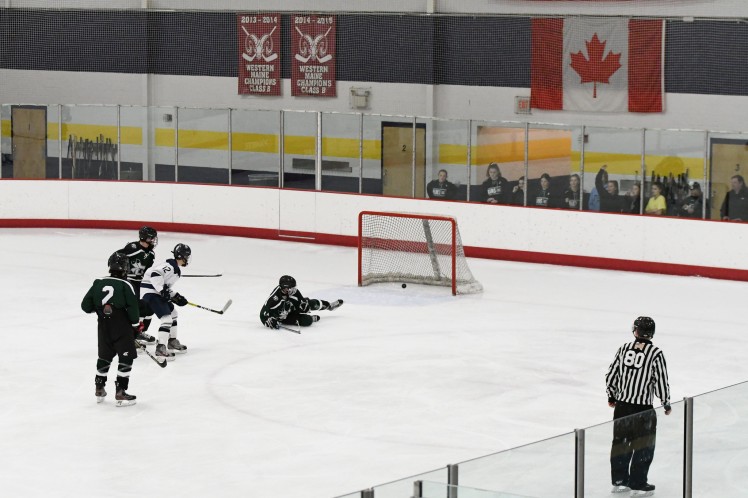 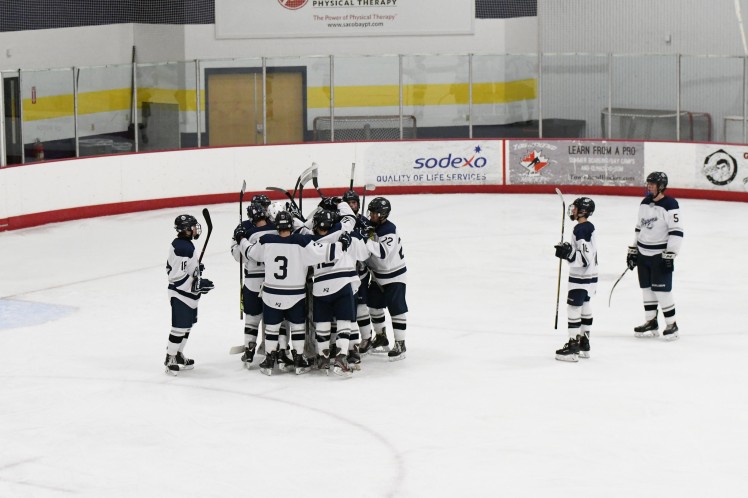 In the third the feel was whoever scores first would likely take this game.  Fortunate for Yarmouth, Will Giese (No. 27) scored half way through the period. Gilford pulled their goalie late the game with no luck.  Matt Robichaud (No. 12) of Yarmouth was able to sneak in an open net goal with 2.5 seconds left in the game to ice the win!  Clippers win 3-1.

Wishing all a Happy New Year!

Yarmouth plays its 2019-20 season home opener at Travis Roy Arena – Thursday, January 2nd @7pm versus the Kennebunk Rams. Hope to see you there!